Located on uplands dominating Paris, on the edge of the forest of Meudon, Vélizy-Villacoublay is a city of 900 hectares with a population of 22,000 inhabitants. But this has not always been the case.

For a long time, the geographical position of the city, combined with the quality of its land, has made it a small and prosperous town on the agricultural level. From 1913, Vélizy welcomes a working population thanks to the installation of aeronautical industries.

During the Second World War, the city of 5,000 inhabitants was ravaged by the allied bombardments. The shelling is targeted at the air base, occupied by the German forces.

In the aftermath of the war, Vélizy-Villacoublay was declared a "disaster-stricken city", then "Zone à Urbaniser en Priorité (ZUP)" in 1958. The urban projects that follow will definitely transform the face of the small rural and industrial town.

A small agricultural and industrial town until the 1950s

No one could recognize in the current agglomeration the small village consisting of four hamlets, home to less than 5,000 inhabitants after the Second World War. Vélizy-Villacoublay thus remained until the beginning of the twentieth century on the margins of the urbanization and industrialization movement of the present Ile-de-France.

The commune of Vélizy, whose name was associated in 1937 with that of its world-famous hamlet, Villacoublay, has been one of the most important agricultural towns of the department of Seine-et-Oise. In the communal monograph published in 1898, it can be said that "Velizy is an essentially agricultural commune. Its fertile clay soil is made more productive thanks to the proximity of Paris and Versailles, which provide fertilizers and manure at low cost and in abundance to the local farmers." Until the 1950s, three farms shared the arable land of the plain and cultivated wheat, oats, potatoes and beets. The largest farm is the Roveyaz family, where many Véliziens come for milk and eggs.

Following the first flight of a plane to Villacoublay in 1908, carried out by Alfred de Pischoff and Paul Koechlin, several aviation and piloting companies use the advantages offered by this plateau in terms of altitude (174 m). The installation of Breguet's factories in 1913 opened the way to the industrial development of the small town. Morane-Saulnier and Nieuport, in turn, set up their business on the land surrendered by the Dautier family, at the present location of the employment zone and the air base. This development of the aeronautics industry profoundly modifies the demographic portrait of the municipality by attracting a new category of population: the workers. The presence of the Renault plants on Seguin Island, less than 10 km from Vélizy, further accentuates this movement. The vast agricultural plain gradually gives way to a vast aviation field. The impact of this first wave of modern development multiplies by 10 the communal population (about 500 in 1911 and more than 6000 in 1939). Noteworthy is the remarkable construction of a garden city intended to house the workers of the factory Breguet (still partly visible on Albert Richet Street).

Vélizy-Villacoublay bruised by the bombing

In parallel with the implantation of aeronautical factories, the military face of Vélizy-Villacoublay, initiated as early as 1910, became clear after the first world war. In 1936, the air base was created. The establishment of the Center for Aircraft Equipment Testing (CEMA) was accompanied in 1937 by the creation of the famous "ministerial squadron".

When the Second World War broke out, the Villacoublay air base was already a strategic center of French military defense. It is therefore not surprising that the Germans, after bombing the ground on June 3, 1940, invest the base on June 13. It soon became the new symbol of Nazi air power and a privileged target of the Allied forces. The base is experiencing eight waves of bombing from June 1943. Its immediate proximity to the city of Vélizy-Villacoublay is at the origin of the partial destruction of the dwellings. The 24th of August 1943 thus remains marked in the history of the city as the most destructive and murderous attack.

In 1952, in his speech on the occasion of the handing over of the Croix de Guerre to the city, General de Division Aérienne Gelée summed up the war: "46 killed, 104 wounded, a hundred deportees, including 5 Deaths in deportation, 140 buildings destroyed".

On September 11, 1945, following the creation of the Ministry of Reconstruction and Urbanism, Vélizy-Villacoublay is classified among the affected cities. This measure will subsequently favor the urban development of the municipality. In 1958, the area encompassing the towns of Vélizy-Villacoublay, Jouy-en-Josas, Clamart, Meudon and Bièvres was declared an Urbanization Zone in Priority. This revolutionary tool makes it possible to launch unprecedented projects and create on a blank space several thousand dwellings in the form of large collective complexes. The future of Vélizy-Villacoublay is emerging. 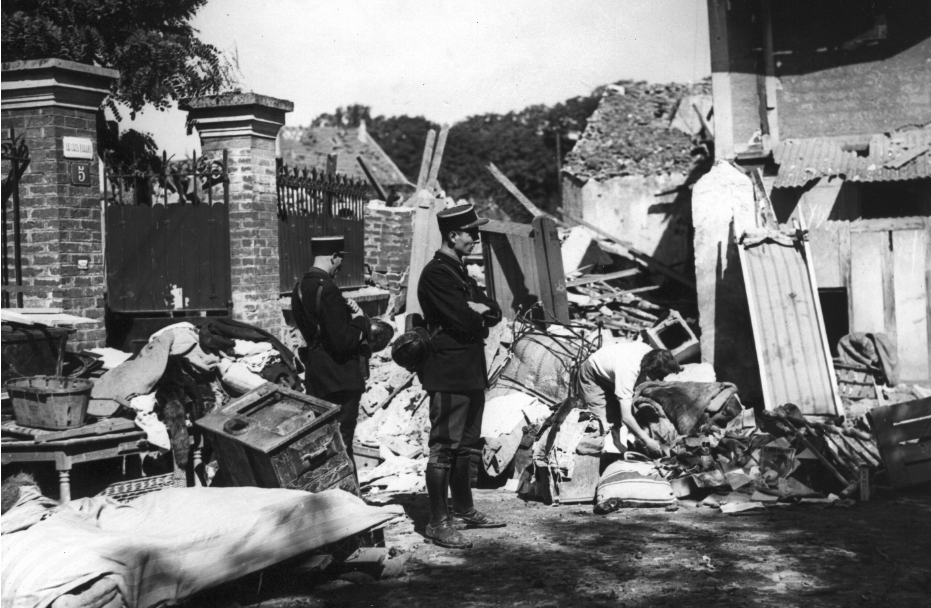